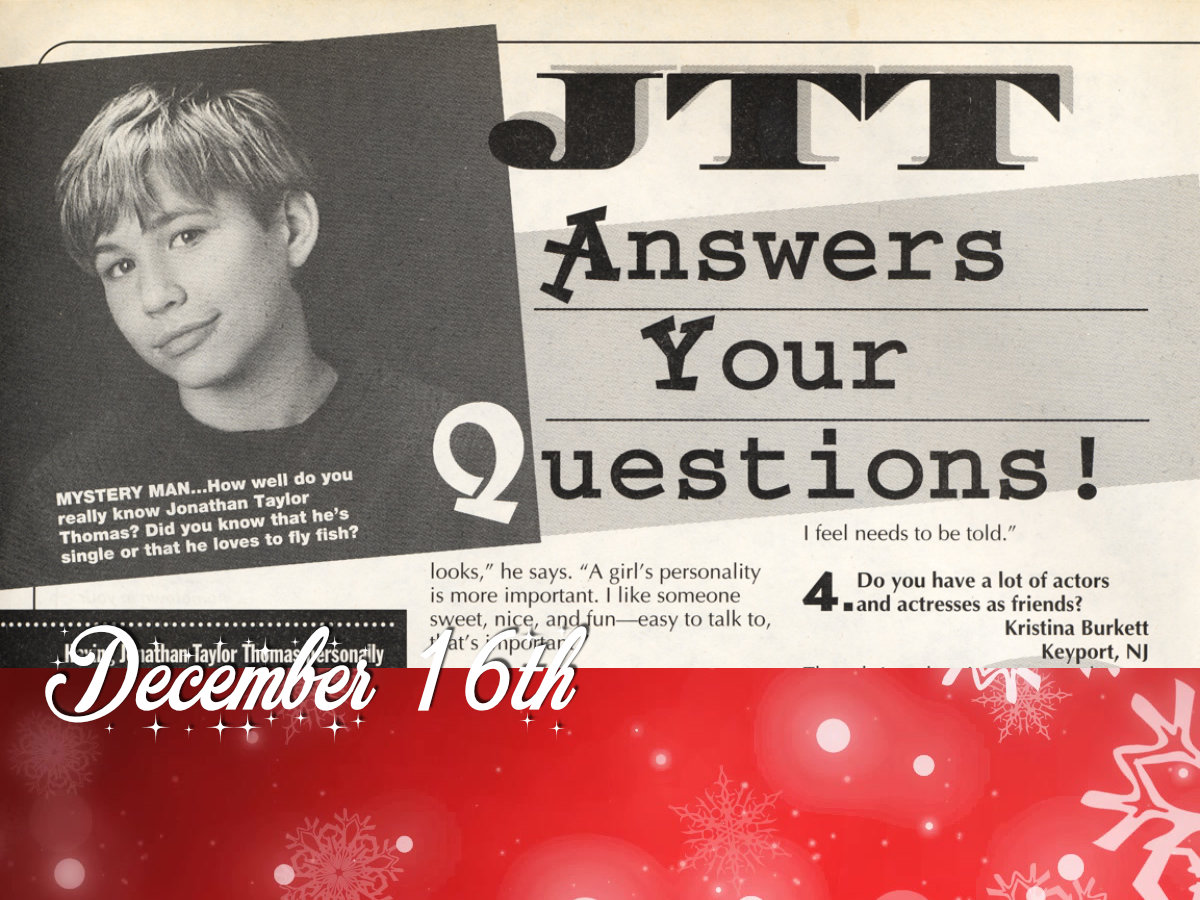 Continuing the 25 days of Christmas. Today JTT answers your questions, in this article from the May 1997 issue of Tiger Beat.

Having Jonathan Taylor Thomas personally answer your very own question is a dream come true and Tiger Beat made it happen! Read on.

Ever wonder what a star like Jonathan Taylor Thomas really thinks? Sure, we all know the Jonathan who stars as wisecracking ‘Randy Taylor’ on Home Improvement each week or who played the mischievous ‘Tom Sawyer’ in Tom And Huck and the nature-loving ‘Marshall Stauffer’ in the upcoming Wild America, but who is the real JTT? That’s probably Tiger Beat readers’ #1 question. A few issues ago, we asked TB readers to send in a question for Jonathan. We received all kinds of wonderful questions – some funny ones, some serious ones and some really original ones, too! Unfortunately, we couldn’t ask him all of them since he has to take some time to work on his many projects! Here are Jonathan’s own personal answers to ten of your questions! Drum roll, please…

Have you still got more questions for Jonathan? Well, keep ’em coming! We’ll round up the best ones and ask JTT to answer them in a future issue! Send them to: A Question For JTT, do Tiger Beat, 233 Park venue South, NY, NY 10003. Don’t forget to include your name, age, hometown in your letter! 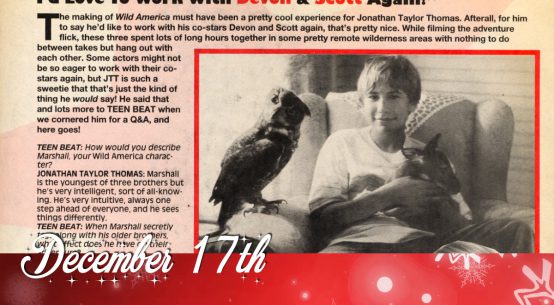 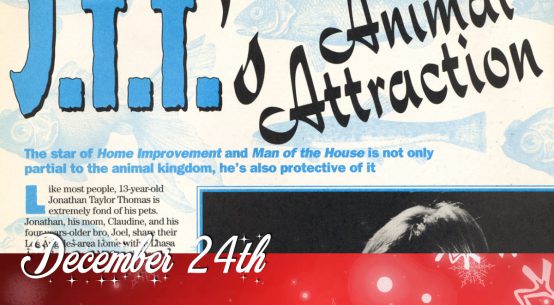