Skip to content
You are here
Home > Uncategorized > December 9th – King of movies, television and the jungle! 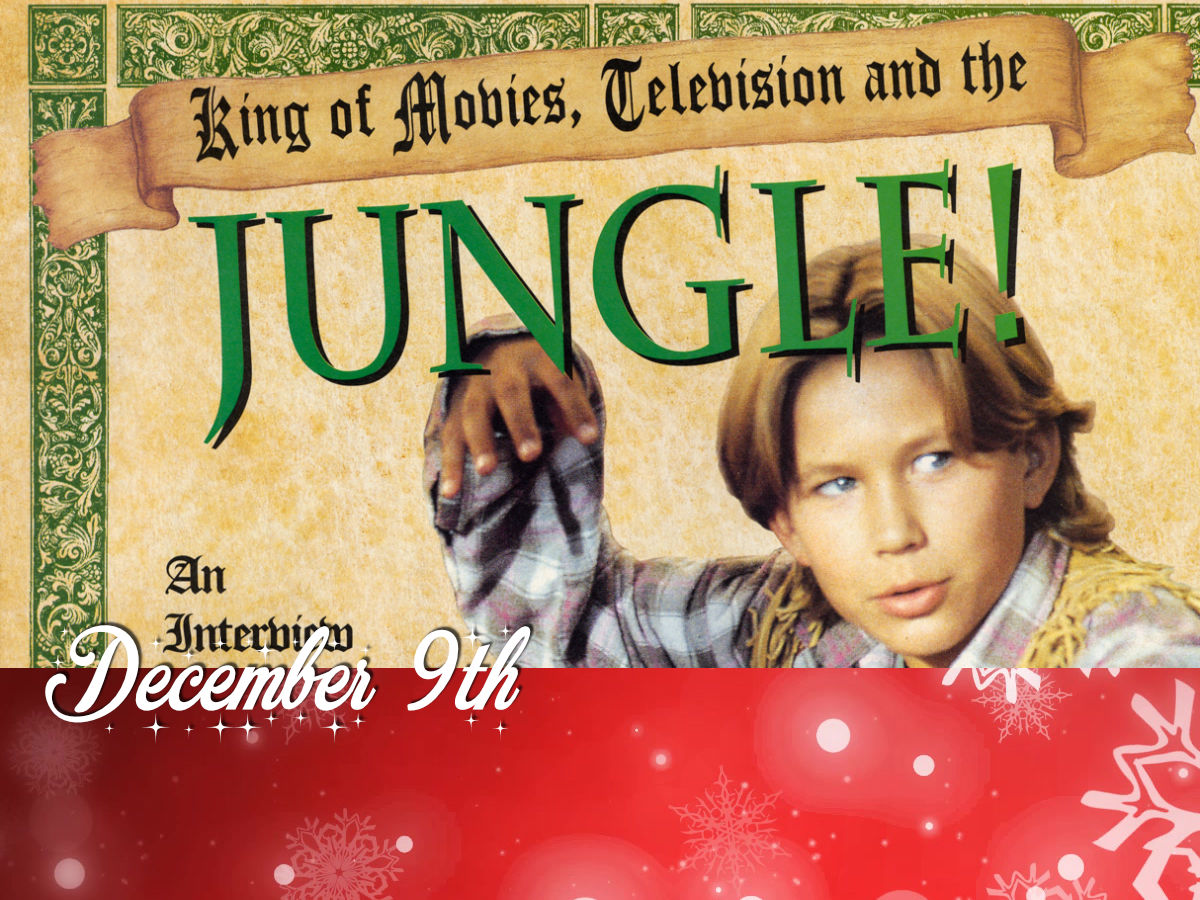 Today’s article, is a little different – not from a teen magazine, but from the WWF Magazine from July 1995. Interview with Jonathan after his participation the in WrestleMania XI held on April 2nd, 1995.

King of Movies, Television and the Jungle!

An interview with Jonathan Taylor Thomas

Jonathan Taylor Thomas is a star on the rise in every sense of the phrase! The young star of ABC’s Home Improvement recently debuted in his first major motion picture, Man of the House, which also starred Chevy Chase and Farrah Fawcett. In his spare time, Jonathan usually picks up various “small” side jobs here and there.
Most recently he picked up a “small” gig becoming the voice of Simba in Disney’s Mega-Million-Dollar blockbuster The Lion King.

We had the chance to catch up with Jonathan backstage prior to WrestleMania XI. This is what he had to say:

EDITOR: Jonathan, I know you’re a big World Wrestling Federation fan. Who is your favorite Federation superstar, and why?
JONATHAN: I’d have to go with Diesel right now because he’s the champ. He’s the guy in control right now!

EDITOR: What Federation superstar do you really dislike?
JONATHAN: I don’t really dislike anybody, but I would have to say that the Undertaker is a bad dude. He seems pretty wicked. You might want to stay away from him; I think that he’s a bit scary!

EDITOR: In your opinion, which man was the ideal father—Mustafa, Tim Allen or Chevy Chase?
JONATHAN: Oh, wow, that’s a tough one! I think that if you could combine ALL their qualities, that person would make the perfect father. If I had to choose just one of them, it would probably be Mustafa. There was a lot of love and wisdom there. The characters that Tim Allen and Chevy Chase play have imperfections in their fatherhood, but Mustafa – James Earl Jones – the character he played was pretty close to great!

EDITOR: How did you find the transition was rom television to the movies?
JONATHAN: Doing movies is much different from doing television. It’s a totally different process, a lot slower pace, but people did go see the film, and that was great! Doing the movie was fairly easy, and I would have to say that now I enjoy doing both! Again, I thank all the people who went to go see the movie, because had they not, it might have made it a lot harder for me.

In Man of the House, Jonathan stars as Ben Archer, a smart kid with a big problem: How to discourage his mother Sandy’s (Farrah Fawcett) fiancé Jack Sturges (Chevy Chase) from joining the family and intruding on their life.

EDITOR: Do you have any other projects coming up that you want to let your fans know about?
JONATHAN: I’ll be doing Tom Sawyer this spring down in Huntsville, Alabama. Then I’ll be doing Pinocchio, and of course, I’ll be playing the part of Pinocchio.

EDITOR: Let’s talk for a minute about The Lion King. Was it easier for you to be the voice of a character compared with acting out a role?
JONATHAN: I’m not sure which one is more difficult. People would assume that being a character on screen would be more difficult, but voice is very hard because you don’t have other actors to work off of. You have to use your imagination a lot, as if you were having a conversation with this person. I was just in a one-room recording studio working by myself! I didn’t have any actors or actresses in there. It was probably more difficult for me, but I’m sure it’s different for every person.

EDITOR: This is more of a personal question, but rumor has it that you are quite the young lion around Hollywood. How do you fight off all your female admirers?
JONATHAN: I wouldn’t say I FIGHT them off. That’s something that’s kind of weird. You just don’t expect that to happen when you get into the business. I, myself, did not get into the business thinking I could see a lot of people this way, but it just kind of happened! Basically, you just deal with it. You realize that it’s just part of the industry, and once it starts happening, it isn’t going to stop any time real soon. I just cooperate. People that come up to me are generally real nice. They just want to talk.

EDITOR: What do you do when you’re not working or going to school?
JONATHAN: I like to go fishing, I like to stay home and read a lot. I play a lot of basketball and sports, I hang out with my friends – you know, just regular kid stuff!

EDITOR: What do you watch on television?
JONATHAN: I watch a lot of sports. Right now I’m watching a lot of college basketball. I watch the Fresh Prince of Bel Air, Roseanne, Grace Under Fire and ER. 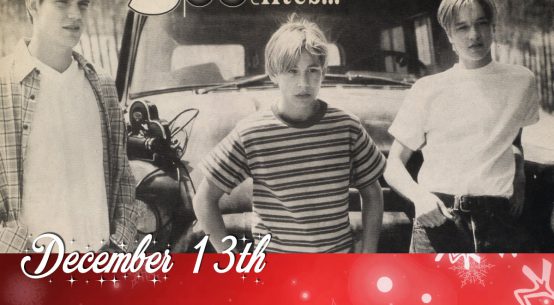 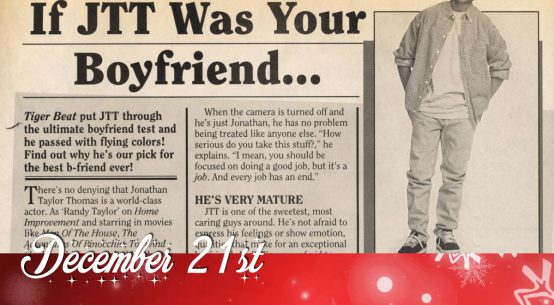 December 21st – If JTT was your boyfriend…