Skip to content
You are here
Home > Articles > The Advocate: Uncommonly Grounded 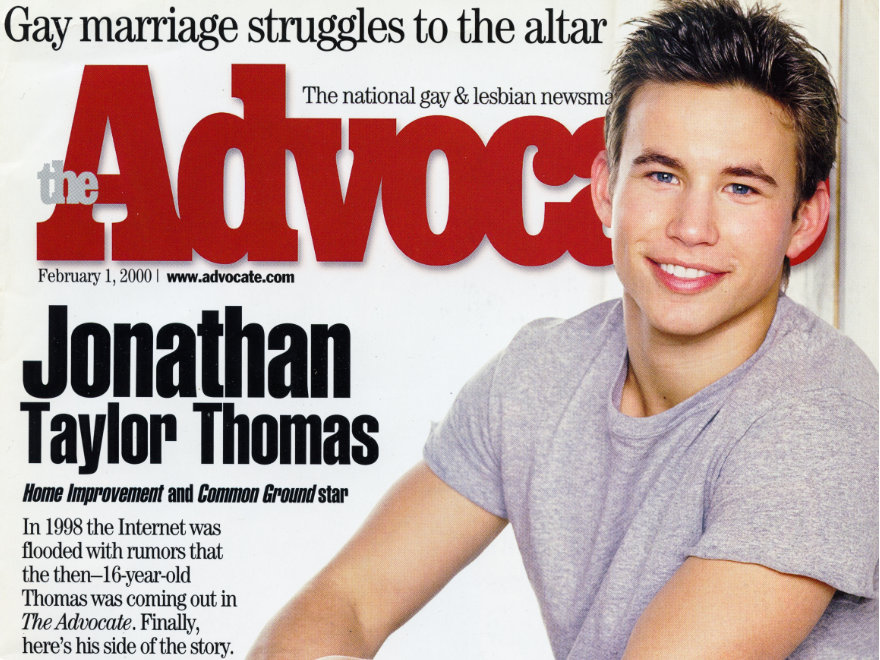 For many readers of The Advocate, seeing Jonathan Taylor Thomas on the cover is not an entirely foreign concept. In the spring of 1998, the Internet was suddenly rife with rumors that the then-16-year-old heartthrob, who was winding up his eighth and last year playing Tim Allen’s sarcastic son Randy Taylor on the venerable sitcom Home Improvement, was gay and coming out in the pages of this very magazine. Like many such fables that somehow gain momentum – the Keanu Reeves-David Geffen marriage hoax comes to mind – the story’s genesis was difficult to trace, but it spooked the young star’s representatives enough to threaten The Advocate and other gay publications with legal action. They needn’t have bothered, for the supposed tell-all interview did not exist – for no other reason than the fact that Thomas is not gay.

It should be noted that the Pennsylvania-born, California-bred Thomas himself is not spooked by the word gay. Indeed, he embraces a major gay role in the new Showtime movie Common Ground, an If These Walls Could Talk–style trio of vignettes about what it’s like to be homosexual in small-town America in the ’50s, 70s, and now. In the ’70s-set portion, written by Tony award-winning gay playwright Terrence McNally (Love! Valour! Compassion!), Thomas dives into the role of Toby Anderson, a high school swimming star, who, after enduring the homophobic and violent taunts of his team members, opens up to his favorite teacher, Mr. Roberts (Jeffrey’s Steven Weber), who he senses is also gay. Unfortunately for Toby, Mr. Roberts prefers to remain closeted. After Toby’s fumbled attempt to prove his manliness with a female hooker, the piece builds to a harrowing locker-room scene in which our golden boy is gay-bashed and then forced to service one of his teammates while the rest do nothing to stop it. Not exactly the kind of plot points one would find in an episode of Home Improvement, not even a very special one.

Director Nickolas Perry, who cast Thomas as a bisexual hustler in the indie film Speedway Junky, applauds the actor’s willingness to turn his teen idol image – born from his Improvement days as well as roles in films such as Tom and Huck and Wild America – on its head. “I think what he’s trying to do is show that he’s capable of a lot more things than people think he is,” proclaims Perry. For the edgy Speedway, executive-produced by Gus Van Sant and due out in the spring, Thomas was required to give a three-page speech on how to be an effective hustler. “I had the inspiration of doing the entire scene in one shot with no cuts,” Perry recalls. “My favorite moment was that look on Jonathan’s face when I told him what I wanted to do. But he just did it and completely pulled it off.” “Jonathan was up for everything,” echoes Common Ground’s out director, Donna Deitch. “A great deal was demanded of him, and he was completely committed. He even went for the Speedo.”

And, rumor mill be damned, Thomas went for the interview with The Advocate. Clad in jeans, a gray sweater, and a baseball cap, the straight-A high school student – who, since his parents’ divorce when he was 8, has been raised with his brother, Joel, by their mom, Claudine – discussed his take on gossip and gays. Through it all he was long on boyish charm but also revealed himself to be more measured and articulate than his Teen Beat image would suggest.

Starring in Common Ground was a pretty bold move for a young actor, especially considering those rumors – which we’ll get to. What about the project appealed to you?

It was really well-written by Terrence McNally, and I liked the character. He’s very driven, veiy smart, and he just wants to be accepted. But I liked that he doesn’t want to let other people’s hatred and insecurities prevent him from being the best he can be.

You also play a bisexual hustler in the upcoming movie Speedway Junky. I believe your first line is, “So did you get fucked in the ass today?”

In taking these roles, were you trying to shake your wholesome image?

I thought, If I am going to grow as an actor, I need to challenge myself I didn’t do these pieces to change my image. I did them for me. I had an attachment to these characters.

What about your agents – did they say, “It’s great that you want to stretch, Jonathan, but could you maybe squeeze a Disney movie in too?”

They were completely cool. They understand that I’m not trying to tap out and spend the rest of my years on a beach in Bali.

Your mom is also your manager. Was she cool too?

Completely. I watched Speedway Junky sitting right next to her, where every third word out of my mouth was a cussword. It was a little awkward, but she knows who I am.

Do you think your Speedway character made good money as a hustler?

I think he probably did pretty well [laughs]. That’s what I like about acting: You get to live out these fantasies, and then you go home at night to your normal life, go back to just being Jon.

Speaking of people’s fantasies, what’s your take on the rumors that you had told The Advocate that you were gay?

The whole thing started on this Web site called CyberSleaze, which should probably tell you something. My agent called me and said, “There’s this stuff going around.” I got phone calls from my friends saying, “What are you going to do about this?” It was just a blatant lie put on the Internet, and then it was just like a feeding frenzy. And I’m sure it was validated by my recent roles.

Did it make you angry?

No. I was completely fine with it – until my grandmother, who is 95 years old, happened to hear people talking about it on a radio station in Pennsylvania.

She was a little upset. What startled me was how willingly people accepted it.

I don’t think you’ve really made it in Hollywood until people think you’re gay.

Did you ever log on to see what the actual story was?

No, I really didn’t want to deal with it, and at the time I was working on a Disney film, I’ll Be Home for Christmas.

Or as they like to call it on Cyber-Sleaze…

… I’ll Be Homo for Christmas. But to be honest, I didn’t get pissed off. It wasn’t like, “I’ve got to go on every program and dispel this awful thing.”

I think the idea that an actor your age is sitting here talking to The Advocate reflects how attitudes about homosexuality are changing. Do you sense your generation is more enlightened than previous ones?

Yeah. I think people overall are becoming more accepting, partly because it is more prevalent in the media. Part of what Common Ground does really well is express the humanity of these people. It’s difficult to have any animosity if you recognize that on so many levels they’re exactly the same as you.

What do you think would happen professionally if a successful young actor were to come out?

I don’t know, but I would hope that, like anyone else, he would be measured by their merit and their talent.

Do you remember your first exposure to a gay person?

Not really. I’ve been working in Hollywood since I was 8, so it was never a big deal. Over the years I’ve worked with so many smart, funny, talented gay people, and I just don’t think about it. They’re my friends.

You seem remarkably self-possessed for someone your age. Where do you think that comes from?

I don’t know. My mom always made sure I got the things I needed in life. I think in the end it does all come down to parenting.

When you’re not studying or thinking about the next important role, what might you be doing?

Fly-fishing in the morning in Montana or watching a football game.

My God, you are straight. Do you have a girlfriend?

Not at the moment.

Are there any movie stars who make your heart beat fast?

Cameron Diaz. I met her really briefly. She pinched my cheeks, and then she told me that I reminded her of her brother. That just crushed me.

You have a tremendous legion of pining fans yourself. After all, you were the voice of Young Simba in The Lion King. Children – and gays – must worship you.

I get a kick out of it when people enjoy that movie, but my voice has changed. I’m no longer Young Simba. That’s very clear.

Hensley, author of Misadventures in the (213), also writes for TV Guide. 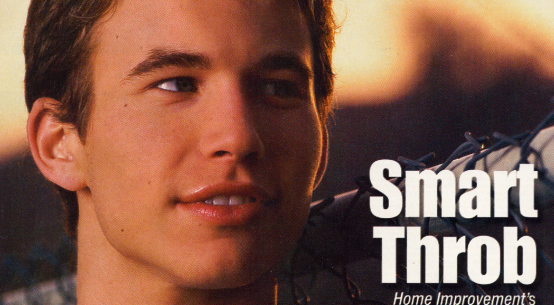 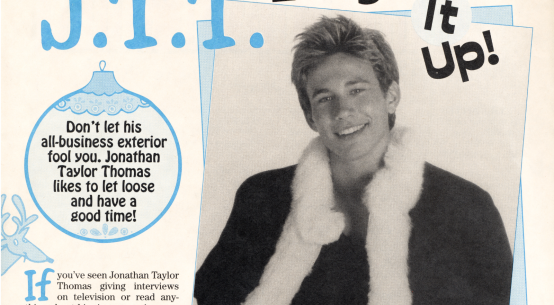