Actor Martin Landau is going the CD-ROM route. Landau will appear as Geppetto in the CD-ROM version of “Pinocchio,” based on the film that is due later this year in theaters. The actor has performed special material that will only be seen on the CD-ROM. He co-stars with “Home Improvement’s” Jonathan Taylor Thomas as the title character. 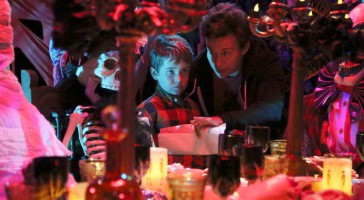 Last Man Standing – Behind the scenes