If Jonathan isn’t Really Sick – Why Won’t That Ridiculous Rumor Go Away?

It began the way they all do. 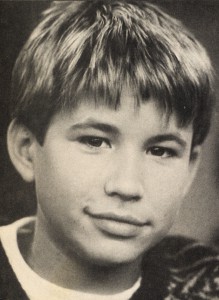 Rumors, that is. First, a letter or two arrives at 16’s office, with an off-the-wall question about JONATHAN TAYLOR THOMAS having some incurable disease. Of course, JTT’s just fine, and that’s how the letters are answered. But that doesn’t seem to squish the rumor. Within a few weeks, more letters trickle in from frightened fans, asking the same question. And even though 16 is as reassuring as we can be, soon, the rumor has taken on a life of its own. That’s when the switchboards light up and the mail sacks get way heavy — thousands of frantic fans really believe JONATHAN is sick!

Okay, so the rumor didn’t exactly come from out of nowhere

As zillions of Home Improvement fans know, JONATHAN’S character — Randy Taylor — went through a rough few days when he was tested for cancer. However, in the end, it turned out to be just a scare, and thankfully nothing more. That episode, it should be noted, gave Home Improvement its best ratings for the entire year.

But, Hello? Randy Taylor is a fictional character 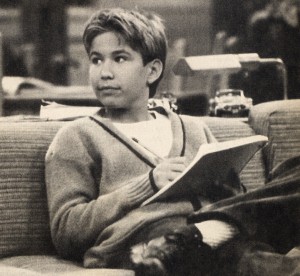 Always has been. Always will be. And, uh, fiction, as any third-grader could tell you, isn’t real. It’s made up; a story.
What is real is Jonathan’s acting ability — and perhaps he had ya’ believin’ in Randy’s fear — that’s JTT’s job, and he did it well. But it doesn’t relate to anything happening in his real life. Trust 16, at the end of taping day, JTT was his normal self, smiling, happy, joking with Tim Allen and the crew.

So what’s up with JTT’s fans really believing’ the unbelieveable?

Maybe it’s as simple as this. Jonathan Taylor Thomas is so beloved, that any scary rumor, no matter how far fetched, must be checked out fully. No one who loves Jonathan ever wants to think about bad stuff happening to him — and guess what? JTT feels exactly same way about you! He’s totally devoted to every one of his fans, and totally touched that you worried about him. But there really isn’t any reason to be fearful—there never was.

There’s a whole bunch of way cool Pinocchio stuff waitin to be WON BY YOU!! Skip to page 14 for the real deal!